Driver Was to Use Idle Computing Power of Computers to Mine Cryptocurrency, Monero

In order to get the crypto-mining malware onto unsuspecting computers, the hack targeted an accessibility plugin called Browsealoud that makes the web easier to use for people with learning disabilities such as dyslexia, or reduced English comprehension abilities. After compromising Browsealoud, the hackers altered the plugin’s code, injecting malicious JavaScript in order to secretly run the mining software known as Coinhive on unsuspecting machines.

On Sunday, the U.K.’s National Cyber Security Centre (NCSC) issued a statement that it was “examining data involving incidents of malware being used to illegally mine cryptocurrency.”

In a report last month, our Partner, cybersecurity firm CrowdStrike, highlighted the rise of cryptocurrency mining, a relatively new flavor of attack.

“In recent months, CrowdStrike has noticed an uptick in cyberattacks focused on cryptocurrency-mining malware that takes advantage of available CPU cycles, without authorization, to make money,” the firm wrote, noting that it “expects to see much more” of this activity moving through 2018.

Still, as Helme points out, things could have been a lot worse: a similar vulnerability leveraging hack could have compromised government credentials or stolen identities instead of mining Monero.

Bala Ramaiah, ISSQUARED's CEO said, “ORSUS's Identity and Access Management (IAM) module provides a safety valve to prevent unauthorized applications (malware software) to run on corporate machines. ORSUS IAM lets Administrators define which users can execute which applications, defeating the intent of unethical hackers, in the off-chance that they get past network firewalls.”

Stay in the Know with Our Newsletter 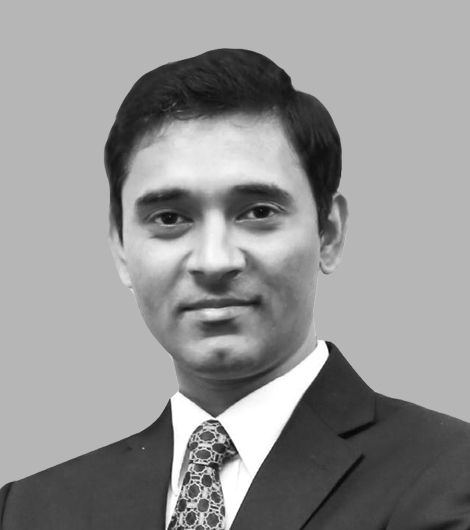 Bala’s entrepreneurial streak started in his teenage years, and that intense passion eventually translated into the founding of ISSQUARED® in 2010. Bala’s broad and rich exposure to IT infrastructure management, architecture and security with a hands on approach has helped set a clear vision for ISSQUARED®. Bala has held leadership roles at Exodus Communications and Amgen prior to founding ISSQUARED®. Bala holds a Bachelor’s Degree in Physics from Delhi University where he graduated with Honors, and a Master’s Degree in Computer Science from California Lutheran University.

Suchinth leads the revenue-generation activities at ISSQUARED®. Suchinth’s deep enterprise delivery background in companies such as Amgen and GE Healthcare helps ISSQUARED® deliver a unique value proposition to customers. Suchinth’s leadership experience ranges from large enterprise infrastructure & identity management programs to ERP implementations and systems integration. Suchinth holds a Bachelor’s Degree in Computer Engineering from the Pune Institute of Computer Technology, and a Master’s Degree in Business Administration (MBA) from Symbiosis Institute of Business Management where he was also the President of the Student Council.

With 20+ years of IT experience, Jagan leads the Managed Services & Delivery operations. Jagan is the “customer evangelist” at ISSQUARED®. Jagan’s diverse enterprise management experience ranges from complex utility billing software development to architecting and managing massive databases for consumer internet and Fortune 100 companies. Jagan’s experience includes working at Exodus Communications, Amgen and Yahoo among others. Jagan holds a Bachelor’s Degree of Technology in Electrical & Electronics and a Master’s Degree of Technology in Electrical Power Systems.

Ganesh’s emphasis on quality & delivery has been a consistent theme as he led teams at UBS, CSC, Microsoft, and IBM. His vast experience includes managing staff of thousands of global delivery engineers for Fortune 100 companies’ IT operations. Ganesh holds Bachelor’s and Master’s Degrees in Physics with special emphasis in Electronics from Delhi University.

A transformational leader at ISSQUARED, Inc, one of INC 500's fastest growing companies for the past four years, preparing for accelerated success. Have previously delivered innovative, high impact outcomes at every level of management in multiple industries with teams and budgets up to 7000 hc and $1.6B. Experience has included:.

- VP & Senior Client Partner for a $80B technology and services company,

- Member Executive Committee and Chief Information Officer of a $15B biotechnology company,

- Chief Information Officer and SVP of Service Delivery for a $24B telecommunications company,

- Division Chief to Chairman of Joint Chiefs of Staff and member of US Government Interagency Team for Political Military Affairs and National Security in Asia Pacific,

- Commodore of a nine-ship squadron of nuclear submarines,

- Selected by peers to CIO Hall of Fame and as a Top 10 Global CIO Leader and Innovator.

Steve leads the division for networking equipment and services. Steve has worked in the Data Communications industry since 1984. Steve came to ISSQUARED® through the acquisition of Starnet Data Design, which he founded in 1987. Steve holds a Bachelor’s Degree in Finance from California State University Northridge. Steve currently serves on the Los Angeles Board of Directors for JDRF, the nation’s leading advocacy organization for developing better treatments and ultimately the cure for Type 1 Diabetes.